Jason is Rokubun's Cloud PPK Service, a cloud service that compute the position of a receiver using the raw GNSS measurements.

Jason works on a best-effort basis: it will attempt to compute the best possible solution using a differential technique known as Post-processing Kinematic (PPK), which is the post-processing version of the Real Time Kinematics (RTK). These techniques combine GNSS measurements from nearby reference stations with those of the rover being positioned to cancel out most of the common errors (ionosphere, troposphere, ...). By nearby it is usually considered less than 30km apart. Depending on the input format you provide, centimetric accuracies can be achieved.

Do not have a reference station? Worry not! we have you covered, Jason will automatically look for a suitable reference station (CORS), among the ones regularly monitored by the service, and use it to try to achieve the best possible accuracy for your data.

Jason aims at providing a platform of various potential services and use cases that share the same common need: accurate navigation. Examples of such services and applications follow:

Jason was created with the photogrammetry workflow in mind: a drone logs both raw GNSS data as well as triggers several photographs, whose time tags are also logged by the receiver (Argonaut supports that as well as the NEO-M8T and ZED-F9P chipsets from ublox). The operator does not worry about base station because he made sure that the campaign area is under Jason coverage.

Once the campaign is over, the operator uploads the data to our service, which will automatically find the closest base station available and compute both the navigation solution (ideally using PPK) as well as georeference any time (camera) event present in the input file. This data can be later used in further steps of the processing. 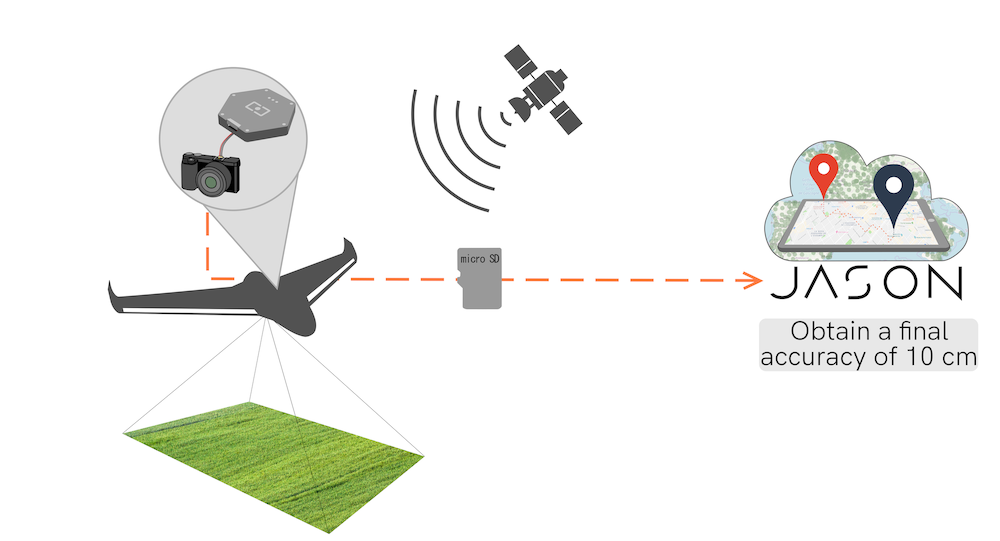 This use case is similar to the previous case (an operator that performs a data campaign where GNSS raw measurements can be logged for later processing), but outside the coverage of Jason. In this case the operator provides her own base station that is active during the campaign, also logging GNSS raw measurements.

This data is then uploaded in the service, as describe in this example. 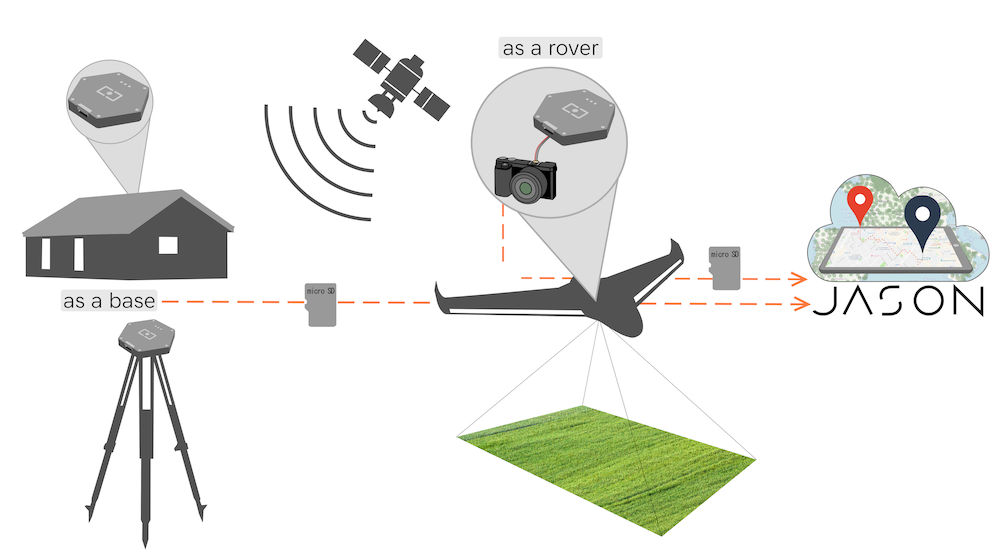 The data from the reference stations come from a set of world-wide public providers such as International GNSS Service or EUREF as well as smaller national and regional networks such as the Institut Cartogràfic i Geològic de Catalunya and the like.

In total, we continuously monitor the availability of more than 10000 CORS stations distributed worldwide. Some areas are better covered than others but unfortunately we cannot provide global coverage.